Two of Apple’s Launch Events have taken place in the past 1 month. Apple has proved its dominance and its uniqueness when it comes to technology. Like every year, along with the hand-held devices, the company has also launched it MacBooks. But, this time, it’s a big leap for the company.

Apple has made a big shift from a third-party processor, i.e., “Intel Core Processors” to its own Apple Silicon M1 chip. This is probably not the first time you are hearing the word Silicon. Apple has been calling its processor the “Silicon Line-up”. Be it the iPads, or the iPhones and even the MacBook now, every Apple device is equipped with their designated models of “Silicon Chip”.

As a starter, the M1 Chip provides the ARM architecture to the MacBook. This bring in better performance and energy efficiency like never before. This chip is a combination of many powerful advancements into a single chip. It is packed with whopping 16 billion transistors which has probably never been done before in a chip that is only 5-nanometers in size! Imagine 5-nanometer (the size of a tiny dot) processing technology inside the vastly compared MacBook!

“When it comes to low-power silicon, M1 has the world’s fastest CPU core, the world’s fastest integrated graphics in a personal computer, and the amazing machine learning performance of the Apple Neural Engine. With its unique combination of remarkable performance, powerful features, and incredible efficiency, M1 is by far the best chip we’ve ever created.”

The M1 Chip is said to deliver 3.5x faster CPU performance, up to 6x faster GPU performance, and up to 15x faster machine learning. This is not it; the battery life is also said to be increased 2x than the previous-generation MacBook.

Comparision of Intel powered-MacBook and the new M1 powered MacBook

The specifications of the M1 chip supports the claim that this SoC is more powerful than many other PC processors. Even the new benchmark test revealed that the new MacBook Air housing the M1 chip can beat all the other models of the 16-inch MacBook Pro with Intel processors.

The scores of both the processors clearly proves that Apple Silicon M1 Processor would be game-changing.

Apple just put the nail in the coffin for @Intel. Not only did Intel lose a customer, the new @Apple products are WAY faster and PCs will not be able to catch up anytime soon. #AppleSiliconM1 #AppleInside $INTC $AAPL @tim_cook @JohnySrouji @gavkar

All the Mac Models that are introduced this week, will have the new Apple Silicon M1 Chip, i.e., the MacBook Air, MacBook Pro and the new Mac mini. The launch of the new Apple Silicon M1 Chip is a big leap for Apple. In fact, jumping from a third-party equipment to your own is a big leap for any company. The M1 Chip is also proving to be the right decision for Apple. 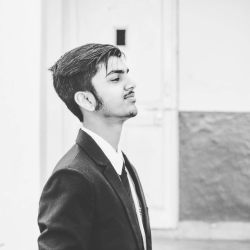