OnePlus conducted its launch event for the non-t series in March like always. But this time, they’re doing this huge partnership with Hasselblad worth $150 million for 3 years. OnePlus hasn’t been doing that great in the camera department for the past few years. That might be the reason behind the collaboration with Hasselblad.

Hasselblad has a very good reputation with cameras. They were part of past NASA missions like the Apollo 11. The footprint of Neil Armstrong was taken by these cameras. And they are one of the high-end cameras, most of them which cost about $50,000. Hasselblad cameras are one of the finest out there in the market. OnePlus doing such partnership should mean that the cameras of the phone should directly compete with that of iPhone 12, Galaxy S21, etc.

As the cameras are the major claims of OnePlus, let’s start with them. It’s a quad-camera set up. The main sensor is a 48 MP Sony IMX 789 sensor. The ultrawide is also a flagship 50 MP Sony IMX 766 sensor. It is a huge upgrade. The ultrawide is also used as a macro camera which takes really good photos. It has got an 8 MP telephoto camera which is capable of 3.3x optical zoom and 30x digital zoom. And there is a monochrome sensor, which is not necessary as there is a very slight difference between using the sensor or applying the filter.

Overall, the cameras are of flagship-level but there are few flaws like inaccurate colours, autofocus, etc. which for sure can be corrected by software improvements. They are a very capable one and can compete with other flagships. They are good cameras comparing with the price point at which they come.

The display is another major highlight of the phone. It is a Quad HD+ 120 Hz 10-bit LTPO HDR 10+ certified Amoled screen. This is one of the best screens available in the segment. And Oppo Find X3 pro also uses the same screen. This is one of the most colour accurate screens. It is the first display in the phone industry that can dial its refresh rate between 1-120 Hz based on the task going on. OnePlus calls it Fluid Display 2.0. There’s a very small punch hole cut out for the front-facing camera. The display is slightly curved. But it is manageable. And for sure, this is one of the best screens in smartphones by far.

OnePlus has had a very good reputation for its software. It is bloatware-free software. But this is just like stock android but has loads of customization features. The phone has got Android 11 out of the box. And with this new version, OnePlus has added a new feature of Always on Display with various options of wallpapers for the always-on display. OxygenOS is one of the cleanest, safest and best android software.

Coming to the internals, it has got the high-end Snapdragon 888 chipset which out beats Samsung S21 Ultra in Antutu score. Same like the 8 series, it has got two options of 8 GB and 128 GB or 12 GB and 256 GB storage options. It has got LPDDR 5 RAM type and UFS 3.1 storage both of which are high end. But it doesn’t get an expanded storage option like the others.

Coming to the battery, it has got a 4500 mAh battery which a decent sized along with 65W wired charging (with a brick inside the box) and 50W wireless charging. That is a rare thing to be seen on a phone. And this results in splitting the battery into two. So that it can be charged at 65W and each battery can be charged at 25W wirelessly which results in 50W wireless charging. The battery lasts a day. The phone can be plugged for a few minutes if there’s a lack of charge. And it’ll charge enough to last the rest of the day.

It is a sandwich design phone. The frame made of metal and the back and front are of Gorilla glass 5. And this is where some cost-cutting is done. Others like Note 20 ultra, S21 ultra and ROG phone 5 use Gorilla glass Victus. The vertical camera module which has been a part of the OnePlus tradition has changed. And it is a camera module similar to the Vivo X50 pro. The lenses are differentiated. They are not part of a single glass sheet.

OnePlus prices its phones differently based on the region. Like in the US, the 9 Pro starts at $969 but in India, it starts at Rs.64,999 which is equivalent to $890.That’s a very competitive price point and we have difficult choices to choose from this price point.

The OnePlus 9 Pro brings so many high-end features at a very good price tag and directly competes with the flagship phones of Apple and Samsung. It can be better. Overall this can be seen as an option if performance and software are the top priority for one. 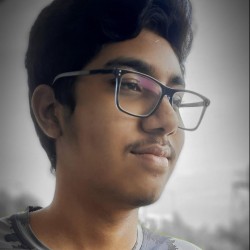