Kids, if you love watching a movie, then this is the article for you! Come on and join an excitement of watching the review of some of these humorous, inspirational, and loved movies!

This inspirational movie gives out the message of the importance of emotions. Characters like Joy, Sadness, Anger, Disgust and Fear go through the adventure of making their little Riley Anderson understand her emotions well.

This movie is sure to get your tears out as you see Miguel go through a lot of difficulties to become a musician like his dead great great grandfather, Hector in the world of the dead, where only skeletons of people are found. The funny thing is, these skeletons can walk, talk, and almost do whatever all humans can!

Have you ever seen a whole family of superheroes? Well, here it is. This family includes Mr Incredible who is known for his super strength, Elastic-girl who is the most flexible lady ever, Violet Parr who can make the strongest bubble shields, Dash Parr who runs like the speed of light, and lastly, Jack Jack, a baby who is yet to discover his powers!

Zootopia is a land full of animals, from the tallest giraffes to the cutest little hamsters. Judy Hopps, a bunny, finds herself in the midst of this strange world where she fulfills her dream of becoming a police officer. When she decides to solve a case, she takes the help of a fox, Nick Wilde, who doesn’t really appreciate the fact that he’s helping a prey to his kind.

How would you react if you found out that your little baby brother is the boss of a company? Well that’s exactly how Tim Templeton feels when he gets a boss baby brother. Tim discovers that the baby can talk, and it also reveals the truth and the mission he must fulfill: he is a secret agent who must stop a corporation that tries to steal children’s love for pets . The brothers must unite to save their parents, restore the order of the world, and show that love is indeed an infinite force. Isn’t it interesting?

How do you think would a father, who lost his child, feel? This movie tells us about what happens to Marlin when he loses his only child, Nemo, while dropping him to school. On the way, Marlin meets a fish with short-term memory loss named Dory who helps him find Nemo amid hilarious twists and turns across the path.

A sequel to the movie “Finding Nemo”, fish Dory, who has short-term memory loss, has lost her parents. She takes the help of Marlin and Nemo to help her find her parents. On the way, she meets other friends named Destiny (a whale shark). Then began a jovial, high spirited roller coaster ride with the motive to find Dory’s parents.

Moana, the daughter of the chief of Motunui, is in love with the waters of her island. She yearns to take a boat and sail until the end of the sea, but her father won’t let her. Her grandmother, who really wants her to fulfill her dream, gives her the heart of Tefiti and tells her to restore it back with the help of Demigod Maui.

How to Train your Dragon

Kids are so curious, just like Hiccup Horendous Haddock. Hiccup is very different from his villagers, his villagers fight dragons, he saves them. The most dangerous dragon for his island is the night fury. People have been trying to hunt it for years, but to no avail. Hiccup gets close to this dragon, and nearly dies! But, his curiosity gets the best of him and he befriends the dragon. But, a girl, Astrid, is ready to expose this to his father. What will happen?

Have you ever heard of a rat cook? In this movie, Remy, a street rat, is tired of following his dad’s order of eating garbage. He wants to try out new things and even plans to steal food from a kitchen. But by chance, he happens to enter a real life kitchen for the first time. He partners fellow human, Linguini, to help him cook and even follow his dream.

Simba, the son of the king of Pride Lands, Mufasa, is more than ever ready to become king. However, his evil uncle, Scar, tricks him into the believing that he killed his own father. Later, as he flees Pride Lands, he meets Pumba and Timon, who later help him get his homeland back from Scar, along with the help of his best friend, Nala.

Elsa, queen of Arendelle, along with her sister, Anna, best friend and snowman, Olaf, and Anna’s boyfriend, Kristoff, take off to the enchanted forest while riding on Sven, the reindeer. Anna gets worried about Elsa as she is doing dangerous stunts in the forest. Elsa is keen to know about her powers, which is conjuring up ice or snow anywhere. Little does she know, she is related to the 4 spirits of the world.

How would you feel if your mother kept you locked in a tower for 18 years? That is what Mother Gothel did to Rapunzel. Rapunzel, the daughter of the king and queen of Corona, had a boon; magical golden hair which was 70 feet long! Mother Gothel was in love with her hair and used it to keep herself young. For that, she abducted Rapunzel and locked her in a tower with only a window for 18 years. One day, she meets thief Eugene (Flynn Rider) and tells him to show her the outside world on her 18th birthday.

A kid and an agent together save the world. How ironic! Former kid Walter Beckett is in love in science. He meets former secret agent Lance Sterling, who doesn’t really appreciate the fact that a kid is working in his company. When Lance is accused for a robbery he did not do, he meets Walter to make him disappear. But, being a kid, Walter makes a mistake and turns Lance into a pigeon! Together, they search for a way to help him turn back to human and also get the accusation off Lance.

That’s about it in this article. Don’t miss out on these movies that are sure to make you laugh, cry, or even both! Trust me, watching once isn’t enough! 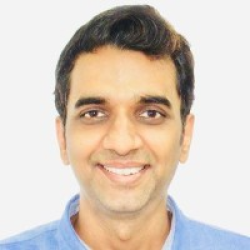 Expose the Young to the Real World