Seven Husbands of Evelyn Hugo by Taylor Jenkin Reid is one of the best fiction book one could ever read in their lifeline. A question that might arise in your mind would be that, “Why would I read someone’s life story about her seven husband? That just doesn’t make sense.” But there’s so much to learn from the story of Evelyn Hugo that you can never imagine.

“Why have I spent so long settling for less when I know damn well the world expects more?”

The story starts with Evelyn Hugo the icon of glamour and elegance being 79 years old, giving away her favorite gowns to charity for breast cancer. And for that she needs promotion. Well, she could could have selected any publisher or the top writers to get her auction stories on news but instead she chooses Monique Grant to cover up the part who was just a junior writer from just another company.

The story grips and picks up from the starting itself where Evelyn tells Monique that she has not called her to just give a news of auction but to tell her entire life story. Also she wants Monique to write a book on her and publish her book when she dies that is any time soon and keep all the fortune that book will earn. INTRESTING?

That’s the best part of the story when you’ll come to know why exactly Monique was selected and what is her role in all that.

Who was the love of her life from the seven husbands?

Well, this is another shocking fact from the book, that out of the seven husbands, she loves, no one. But there was someone who had her heart. Here comes my favorite part of the book, the LGBTQ+ representation in this. It was her co-actor Celia St. jones who was the love of Evelyn Hugo.

Although she didn’t love any of her husbands and she just married them for name, fame, money or getting her role. But another reason was to stop people from pointing out the relationship of Celia and Evelyn.

This story, is not only for entertainment purposes. There is not one, two, three but many things that one can take away or learn from this story.

These are the things that I can pin-point:-

WHEN LIFE IS TOUGH, BE EVELYN HUGO! 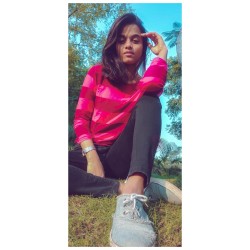 Latest posts by Sonali (see all)

1 thought on “The Seven Husbands of Evelyn Hugo”